There is always so much more to learn. Being a life long learner has taken on a much larger radius. I personally have learned so much from my Delicious account where I can view what others are learning. I will use this bookmarking site as a search engine on occasion. I have just recently participated in an open online free class from Stanford University. The possibilities for acquiring more technological information seems endless. I hope to learn more about Twitter in expanding my learning.…

Summer Connections (and Beyond)

Summertime and the livin' is easy (easier). Sometimes I become a glutton for punishment and overload my commitments. This summer, I am using time to become a more connected educator and rid my computer of digital clutter. I am grateful for the opportunity to participate in the pre-game PLN course as well as the Digital Footprint Course through Student 2.0. In doing so I hope to get a better handle on the needs and potential of my students, make connections for future collaboration and…

My first day as a detective

I joined student 2.0 in order to participate in Digifoot. Steve Hargadon mentioned it in an email, and I like Steve's work, so I signed up. I need to get some sort of cohesive digital footprint together anyway, and maybe I can learn something with digifoot. Correction: I'm sure I can learn something, the question is, will I? I'm in an exploratory mood today, so it seems like I will (as long as this current exploratory moods lasts).

Our first task is to find a "home base" to…

XMind is very easy to use to create a mind map.  Please see the one that I created to show you tissue culture technique. 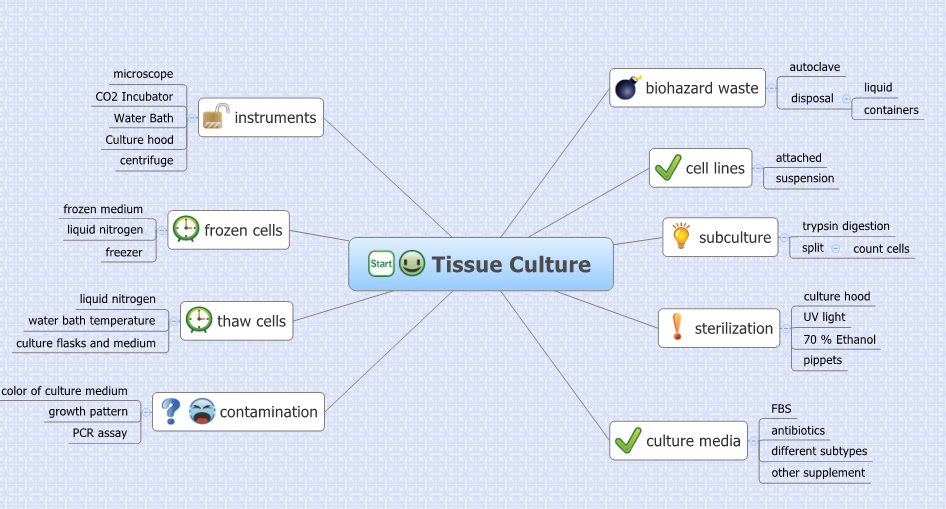 In France, Christmas is a party wonderful and very beautiful . Every persons and especially children are waiting this day who happens the night of 24th of December to 25th of December. The children w…

In France, Christmas is a party wonderful and very beautiful . Every persons and especially children are waiting this day who happens the night of 24th of December to 25th of December. The children wait that famous night by eating "a timetable forward." This is a calendar with a chocolate for every day.

The cities in this period are decorated with fairy lights. In some cities there is even a market of Christmas , these are small cottages with shops in the interior, most often…

The main advantages of taking an online bachelor's degree program are:

Mike McGrother is a creative teacher. His students are lucky to have him as their mentor.

As Mike offered me a chance to interact with his students, I jumped at the opportunity. It was holidays in Indian schools. Hence I had to arrange the collaboration at a student's home.

As a lover of Mathematics, I speak on Vedic Mathematics as I connect with classrooms. Last month, I connected with a German school and explained the simple Vedic method that could help students achieve success in Mathematical thinking.

Following the German session, I had another session in Australia. This time…

My trip in England

My trip in England Continue

Our family in England

Our family in England